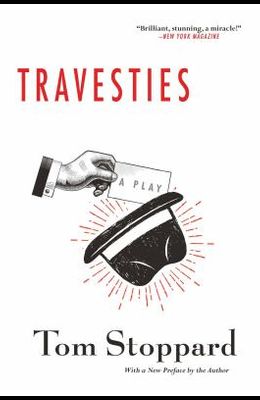 Travesties was born out of Stoppard's noting that in 1917 three of the twentieth century's most crucial revolutionaries -- James Joyce, the Dadaist founder Tristan Tzara, and Lenin -- were all living in Zurich. Also living in Zurich at this time was a British consula official called Henry Carr, a man acquainted with Joyce through the theater and later through a lawsuit concerning a pair of trousers. Taking Carr as his core, Stoppard spins this historical coincidence into a masterful and riotously funny play, a speculative portrait of what could have been the meeting of these profoundly influential men in a germinal Europe as seen through the lucid, lurid, faulty, and wholy riveting memory of an aging Henry Carr.