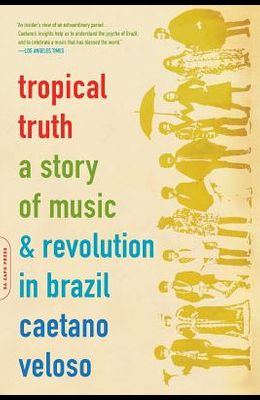 Tropical Truth: A Story of Music and Revolution in Brazil

Rebelling against the Elvis-based, American-imported rock scene in late '60s Brazil, Caetano Veloso suffused lyrical Brazilian folksongs with fuzz guitar, avant-jazz, and electronic music-and in doing so blew apart the status quo of Brazilian culture. Caetano and the movement he catalyzed, tropicalia , urged an adoption of personal freedom in politics, music, and lifestyle. His rabble-rousing, as the government saw it, would get Caetano and his comrade Gilberto Gil arrested and exiled to London to wait out the military dictatorship. His fame increasing by the year, Caetano focused on writing songs about his homeland, returning to Brazil as a national hero-a mantle he still wears today. His most recent album, Live in Bahia , was released to international critical and popular acclaim.