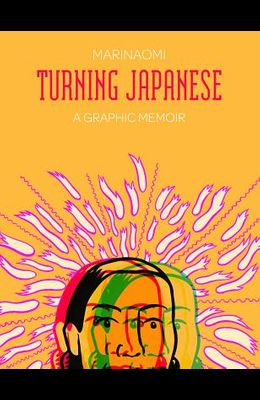 MariNaomi's newest graphic novel tours the mid-90's US and Japanese illegal hostess bar scene and her own personal cultural awakening. The best comic about being Asian American in Japan. Like Fun Home and Persepolis , Turning Japanese is at once modest and grand. MariNaomi is a master of the small, intimate moments that build to a surprisingly emotional climax.-- Jason Shiga , Ignatz and Eisner Award-winner In Turning Japanese , Mari's unflinching honesty, open heart, and hard-earned wisdom challenges us to embrace the unexpected detours that unfold in our own lives.-- Yumi Sakugawa , author of Your Illustrated Guide to Becoming One with the Universe In 1995, twenty-two-year-old Mari had just exited a long-term relationship, moving from Mill Valley to San Jose, California. Soon enough, she falls in love, then finds employment at a hostess bar for Japanese expats, where she is determined to learn the Japanese language and culture. Turning Japanese is a story about otherness, culture clashes, generation gaps, and youthful impetuosity. MariNaomi is the author and illustrator of the SPACE Prize-winning graphic memoir Kiss & Tell: A Romantic Resume , Ages 0 to 22 (Harper Perennial, 2011), the Eisner-nominated Dragon's Breath and Other True Stories (2dcloud/Uncivilized Books, 2014), and her self-published Estrus Comics (1998 to 2009). Her work has appeared in over sixty print anthologies, and has been featured on such websites as the Rumpus , the Weeklings , Los Angeles Review of Books , Midnight Breakfast , Truthout , XOJane , Buzzfeed , Bitch Media , and more. Mari's work on the Rumpus won a SPACE Prize and an honorable mention in Houghton Mifflin's Best American Comics 2013 .

0
|   0  reviews
Did you read Turning Japanese? Please provide your feedback and rating to help other readers.
Write Review