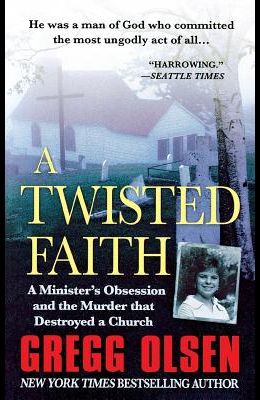 New York Times-bestselling author Olsen investigates the sensational story of Nick Hacheney, a minister in Kitsap County, Washington, who seduced four of his female congregants, and hatched a cold-blooded plot to murder his wife. Martin's Press.

From the Back Cover As seen on NBC's Dateline His sin was adultery. He counseled young couples at a small church in Bainbridge Island, Washington and convinced young women that having sex with him was part of God's plan. But that wasn't the worst of Youth Pastor Nick Hacheney's unspeakable sins. The tragic house fire that ultimately consumed the life of his soft-spoken wife was no act of God His crime was murder. What demons drove a highly respected minister to commit the most sinful of crimes? How did five women including Hacheney's own mother-in-law fall prey to his seductions? Combining firsthand confessions, erotically charged emails, and one woman's chilling prophecies, bestselling author Gregg Olsen paints a shocking portrait of a church, a community, and a man of the cloth who turned out to be a wolf in sheep's clothing Gregg Olsen's books are: Searing and brilliant. Ann Rule Riveting and deeply disturbing Olsen does a superior job. Cleveland Plain Dealer