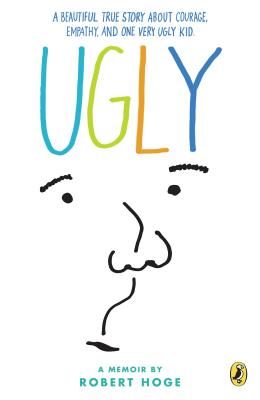 This true story of an ordinary boy with an extraordinary face is perfect for fans of Wonder-- now with exclusive paperback content When Robert Hoge was born, he had a tumor the size of a tennis ball in the middle of his face and short, twisted legs. Surgeons removed the tumor and made him a new nose from one of his toes. Amazingly, he survived--with a face that would never be the same. Strangers stared at him, kids called him names, and adults could be cruel in their own ways. Everybody seemed to agree that Robert was ugly. But Robert refused to let his face dictate his entire life. Then, when Robert came face to face with the biggest decision of his life, he followed his heart. This poignant memoir about overcoming bullying and thriving with disabilities shows that what makes us ugly also makes us who we are. * Features an exclusive introduction, photographs, and Q&A from the author * &#9733; Eminently readable . . . a gripping readaloud, readalone, and discussion point all on its own.-- BCCB , starred review A jaw-dropping story of resilience, courage, and fierce hope.-- New York Times bestselling author Joan Bauer