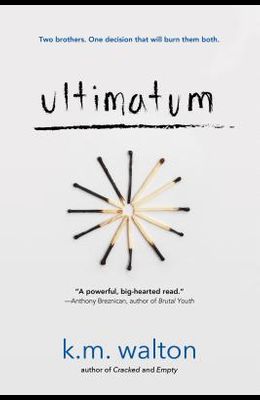 From the author of Cracked and Empty comes a gripping, emotional story of two brothers who must make the ultimate decision about what's more important: family or their differences. It's not Oscar's fault he's misunderstood. Ever since his mother died, he's been disrespected by his father and bullied by his self-absorbed older brother, so he withdraws from his fractured family, seeking refuge in his art. Vance wishes his younger brother would just loosen up and be cool. It was hard enough to deal with their mother's death without Oscar getting all emotional. At least when Vance pushes himself in lacrosse and parties, he feels alive. But when their father's alcoholism sends him into liver failure, the two brothers must come face-to-face with their demons--and each other--if they are going to survive a very uncertain future.