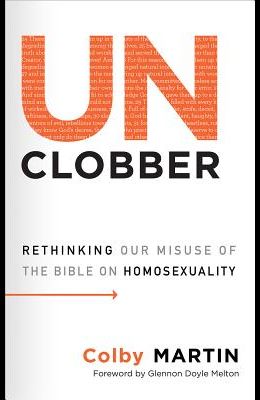 Churches in America are experiencing an unprecedented fracturing due to their belief and attitude toward the LGBTQ community. Armed with only six passages in the Bible--often known as the clobber passages--the traditional Christian position has been one that stands against the full inclusion of our LGBTQ brothers and sisters. Unclobber reexamines each of those frequently quoted passages of Scripture, alternating with author Colby Martin's own story of being fired from an evangelical megachurch when they discovered his stance on sexuality. UnClobber reexamines what the Bible says (and does not say) about homosexuality in such a way that breathes fresh life into outdated and inaccurate assumptions and interpretations.