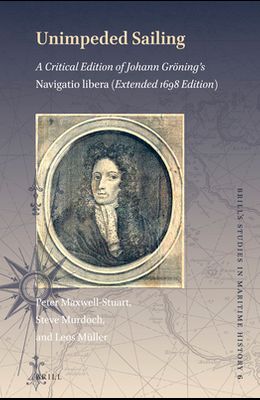 by
P G MaxwellStuart and Steve Murdoch and Leos Mller

The original Latin text of Johan Gr ning's Navigatio libera has never before been translated into any modern vernacular language. Its scope is to set out the position of neutral nations, their right to trade during the wars of the great powers and particularly to engage with and refute the work of Hugo Grotius. Gr ning's work was republished several times throughout the 17th -18th centuries and was used as the legal basis by which Sweden conducted trade with Britain, France and the Dutch Republic (and their spheres of influence) during the Nine Years War (1688-1697). The text thereafter reverberated across the North Sea and Baltic as well as immediately influencing neutral policy in the Mediterranean and Atlantic worlds thereafter.