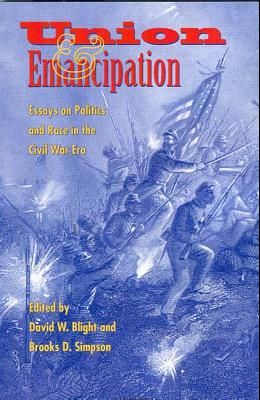 Union and Emancipation: Essays on Politics and Race in the Civil War Era

by
and David W Blight and Brooks D Simpson

In Union and Emancipation , seven leading historians offer new perspectives on the issues of race and politics in American Society from the antebellum era to the aftermath of Reconstruction. The authors, all trained by Richard H. Sewell at the University of Wisconsin-Madison, address two major themes; the politics of sectional conflict prior to the Civil War, illuminated through ideological and institutional inquiry; and the central importance of race, slavery, and emancipation in shaping American political culture and social memory. Contributors consider the national culture, the centrality of the nation-state in understanding American history, the place of race in redefining what it meant to be an American, the way the Civil War helped to redefine the nature of the 'political, ' and of 'citizenship, ' and the significance of political parties through the ideas and interests that motivate them. The collection, with its dual themes of union and emancipation, wil provoke debate, offer insight, and challenge recent interpretations of this turbulent period in American history.