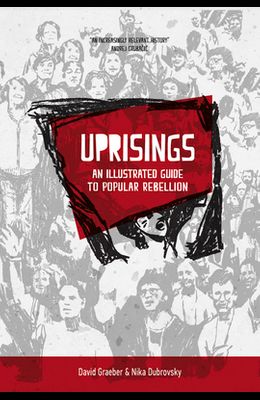 In recent and ongoing uprisings all around the world, from Santiago to Hong Kong, many of the protesters' aims have been consistent: justice, an end to political corruption, and a return to principles of collective good. Yet there are also specific and diverse struggles such as demands for direct democracy (as in France), the rejection of ethnic or sectarian identities (Iraq and Lebanon), and the fate of the planet itself. Uprisings provides one way to find a common thread in all this by examining the similarities and differences among a full range of rebellions in the past, from slave revolts in ancient Egypt to the fall of the Berlin Wall to the the women's revolution in Rojava, northern Syria. Whereas existing narratives of radical social change have debated the virtues and vices of individual heroes (Jesus, Mandela, Gandhi), Uprisings follows in the footsteps of Howard Zinn, viewing major events as the product of a confluence of efforts by multiple actors, usually from vastly different backgrounds that have tended to be marginalized, their perspectives written out of official history.

List of All Editions of Uprisings: An Illustrated Guide to Popular Rebellion