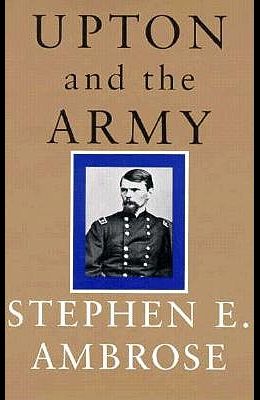 Upton and the Army

Emory Upton (1839-1881) was the epitome of a professional soldier, according to Stephen E. Ambrose. Indeed, his entire adult life was devoted to the single-minded pursuit of a military career. Upton was commissioned a second lieutenant in the Fifth United States Artillery on May 6, 1861, the day of his graduation from the United States Military Academy, and by age twenty-five he had risen to the rank of major general. He distinguished himself in battles at Spotsylvania, Sharpsburg, Fredericksburg, and Charlottesville, in Sheridan's Shenan-doah Valley campaign, and in Wilson's celebrated cavalry raid through Alabama and Georgia at the end of the war. After the war, Upton traveled abroad as an observer for the army, an experience that resulted in his first book, The Armies of Asia and Europe. He also served as commandant of cadets at West Point and finally as commander of the Presidio in San Francisco. He was highly respected as a military tactician, and his Infantry Tactics became a widely used resource. Despite his successes, the ambitious Upton felt that his military talents were insufficiently recognized. His last book, The Military Policy of the United States, which advocated a number of sweeping changes in the organization of the American military system, went unpublished at his death by suicide in 1881. The book was finally published in 1904 at the urging of Elihu Root, Theodore Roosevelt's secretary of war. First published in 1964, Ambrose's thorough and well-researched study of Emory Upton's career has proven to be an important addition to American military history as well as to the history of the Civil War.