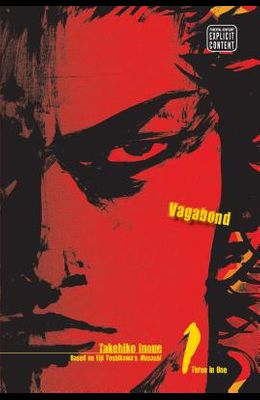 Three volumes in one A prestige treatment of Inoue's epic samurai series with bonus content, color pages, storyboard samples and more Real-life figure Miyamoto Musashi was the most celebrated samurai of all time. The quintessential warrior-philosopher, Musashi authored A Book of Five Rings , a classic treatise in the canon of world philosophy and military strategy. But the path to enlightenment is an endless journey, and to get there through violent means--by way of the sword--makes mere survival an even greater challenge. Invincible Under the Sun At seventeen years of age, Miyamoto Musashi--still known by his childhood name, Shinmen Takez&#333;--was a wild young brute just setting out along the way of the sword. In the aftermath of the epic Battle of Sekigahara, Takez&#333; finds himself a fugitive survivor on the losing side of the war. Takez&#333;'s vicious nature has made him an outcast even in his own village, and he is hunted down like an animal. At this crucial crossroads in Takez&#333;'s life, an eccentric monk and a childhood friend are the only ones who can help him find his way.