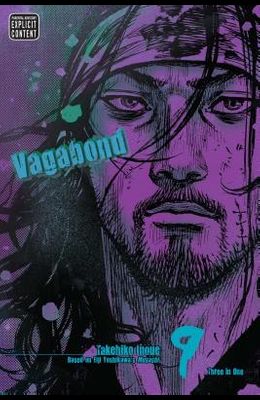 Get It All--Get Big ; The 3-in-1 Edition Reads R to L (Japanese Style), for M audiences. It's been one year since Yoshioka Denshichir&#333; granted Musashi a reprieve for a rematch. Denshichir&#333; may have been a better swordsman back then, but with Musashi before him now, he realizes the truly incredible strides his opponent has made in such a short period of time. By sheer force of will, a reluctant Denshichir&#333; moves forward into the fight. And what will the deadly repercussions be for Musashi after this duel that's all but already won?