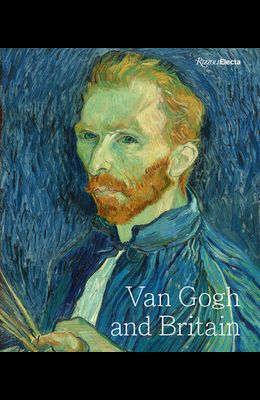 Fifty of Vincent van Gogh's celebrated paintings reveal the influences of British art and literature on his early career as well as his impact on British artists. Vincent van Gogh, the postimpressionist painter, remains among the most influential figures in the history of Western art. His 871 oil-on-canvas works and numerous sketches shaped the development of contemporary painting, as his tumultuous and tragic personal life typified the idea of a tortured artist. While much has been written on van Gogh, there is little scholarship on his early twenties, a period in which his artistic identity took form in London, England. Van Gogh and Britain follows the painter from his first exposure to British culture in the 1870s, when he lived in south London, to his influence on British art as he achieved iconic status in the 1950s. As a young art dealer in training, van Gogh wandered the streets of London, absorbing the work of the pre-Raphaelites, Shakespeare, and Charles Dickens, reporting happily to his brother Theo: Things are going well for me here. This book reveals the British ideas, books, paintings, and prints that caught the unknown van Gogh's attention, in turn informing both his ideals and his practical investigations of a radical, egalitarian style. Even after moving to France, van Gogh's preoccupation with British art and literature remains visible in his dramatically original late works, including major pictures such as The Bedroom and Van Gogh's Chair. British painters and collectors were among the first to respond to van Gogh's work when he briefly participated in the Paris art scene, but his full impact would arrive later in the twentieth century, when the artist became an embodiment of embattled human creativity, inspiring modern British painters from Walter Sickert to Francis Bacon.