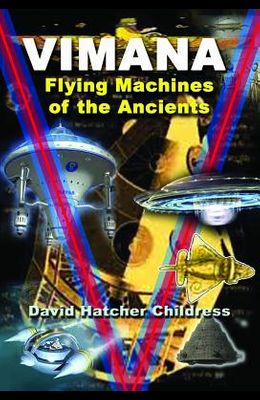 Vimana: Flying Machines of the Ancients

According to early Sanskrit texts the ancients had several types of airships called vimanas. Like aircraft of today, vimanas were used to fly through the air from city to city; to conduct aerial surveys of uncharted lands; and as delivery vehicles for awesome weapons. David Hatcher Childress, popular Lost Cities author and star of the History Channel's long-running show Ancient Aliens, takes us on an astounding investigation into tales of ancient flying machines. In his new book, packed with photos and diagrams, he consults ancient texts and modern stories and presents astonishing evidence that aircraft, similar to the ones we use today, were used thousands of years ago in India, Sumeria, China and other countries. This means that these ancient civilizations had advanced metal technology, electricity and the engineering knowledge of flight many thousands of years before our own era of flight technology. Childress discusses ancient UFO sightings, the fascinating lore of ancient flight and the technology allegedly used in the flying machines of the ancients.