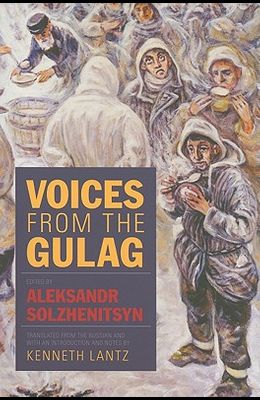 Voices from the Gulag

After the publication in 1962 of One Day in the Life of Ivan Denisovich, Aleksandr Solzhenitsyn began receiving, and would continue to receive throughout his life, testimonies from fellow survivors of the gulag. Originally selected by Solzhenitsyn, the memoirs in this volume are an important addition to the literature of the Soviet gulag. Written by men from a wide variety of occupations and social classes, the writing in Voices from the Gulag lends a voice to the many ordinary people--including a circus performer, a teenage boy, and a Red Army soldier--whom a brutal system attempted to erase from memory.

List of All Editions of Voices from the Gulag