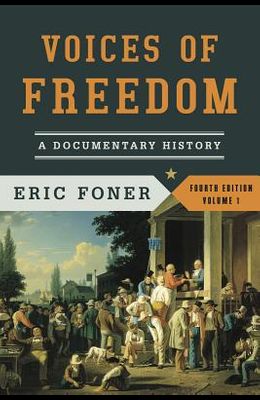 The documents in this collection show that although in some ways universal, the idea of freedom has never been a fixed, timeless concept with a single, unchanging definition. In fact, the history of the United States is in part a story of debates and struggles over freedom. Crises like the American Revolution, the Civil War, and the Cold War have permanently transformed the meaning of freedom. So too have demands by various groups of Americans for greater freedom. The primary-source selections in this book include presidential proclamations and letters by runaway slaves, famous court cases and obscure manifestos, prevailing ideas and dissenting ones. The voices range from Las Casas and Pontiac through Jefferson, Thoreau, Douglass, and Lincoln to Stanton, Sanger, Garvey, Luce, Byrd, and Obama. The Fourth Edition of Voices of Freedom includes new documents that better reflect the religious aspects of American history. It remains a comprehensive collection that offers a diverse gathering of authors and a wide breadth of opinion. Fully compiled and edited by Eric Foner, the collection includes headnotes and critical questions for each document. The book is organized as a companion to the textbook Give Me Liberty An American History , Fourth Edition, by Eric Foner, and it can also be used with other texts in the American history survey and other courses.