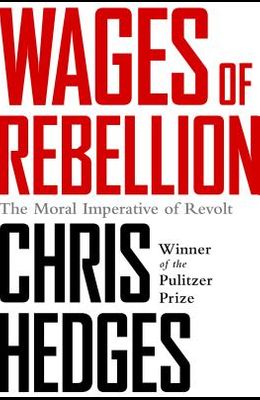 Revolutions come in waves and cycles. We are again riding the crest of a revolutionary epic, much like 1848 or 1917, from the Arab Spring to movements against austerity in Greece to the Occupy movement. In Wages of Rebellion, Chris Hedges who has chronicled the malaise and sickness of a society in terminal moral decline in his books Empire of Illusion and Death of the Liberal Class investigates what social and psychological factors cause revolution, rebellion, and resistance. Drawing on an ambitious overview of prominent philosophers, historians, and literary figures he shows not only the harbingers of a coming crisis but also the nascent seeds of rebellion. Hedges message is clear: popular uprisings in the United States and around the world are inevitable in the face of environmental destruction and wealth polarization.