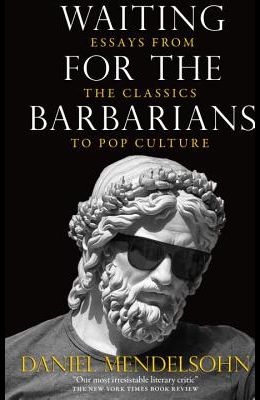 Waiting for the Barbarians: Essays from the Classics to Pop Culture

FINALIST FOR THE NATIONAL BOOK CRITICS CIRCLE AWARD AND THE PEN ART OF THE ESSAY AWARD Over the past decade and a half, Daniel Mendelsohn's reviews for The New York Review of Books , The New Yorker , and The New York Times Book Review have earned him a reputation as one of the greatest critics of our time ( Poets & Writers ). In Waiting for the Barbarians , he brings together twenty-four of his recent essays--each one glinting with verve and sparkle, acumen and passion--on a wide range of subjects, from Avatar to the poems of Arthur Rimbaud, from our inexhaustible fascination with the Titanic to Susan Sontag's Journals . Trained as a classicist, author of two internationally best-selling memoirs, Mendelsohn moves easily from penetrating considerations of the ways in which the classics continue to make themselves felt in contemporary life and letters (Greek myth in the Spider-Man musical, Anne Carson's translations of Sappho) to trenchant takes on pop spectacles--none more explosively controversial than his dissection of Mad Men . Also gathered here are essays devoted to the art of fiction, from Jonathan Littell's Holocaust blockbuster The Kindly Ones to forgotten gems like the novels of Theodor Fontane. In a final section, Private Lives, prefaced by Mendelsohn's New Yorker essay on fake memoirs, he considers the lives and work of writers as disparate as Leo Lerman, No l Coward, and Jonathan Franzen. Waiting for the Barbarians once again demonstrates that Mendelsohn's sweep as a cultural critic is as impressive as his depth.