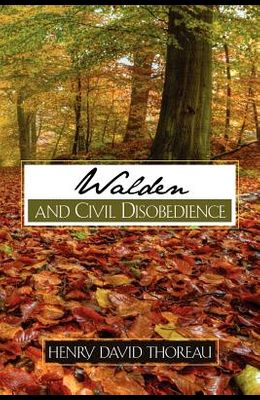 Written after he built and lived in a cabin off the shore of Walden Pond, Walden and Civil Disobedience chronicles Thoreau's experiences living a self-reliant life void of modern civilization's, and the government's, influence. Through this collection of essays, Thoreau rejects the notion that inner peace and contentment are attainable through outward advances such as economic, technological, and territorial development. He provides, instead, the argument that rather than improve a man's life, such developments strip it of dynamism and even meaning.