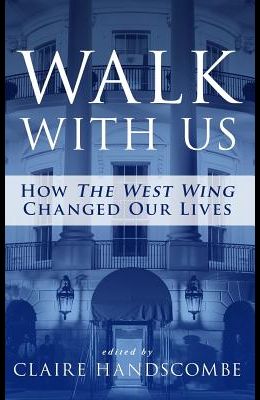 Walk With Us: How The West Wing Changed Our Lives

The West Wing premiered in 1999. That's a long time ago. Back then, we were worrying about the Millennium Bug, paying $700 for DVD players, and using pagers. 1999: a century ago. And yet, the show continues to have an impact that is arguably unique. If you live or work in DC, references to it are inescapable. People have walked down the aisle to the theme music. Or they've named children, pets, GPS systems, and even an iPhone app after the characters. Or they've started Twitter accounts as the characters to continue the storyline and comment on current political events. Or they credit it for closer relationships with their family members or a way out of depression. In this anthology of quotes and essays, contributors from six countries, ranging in age from twenty to seventy years old, tell their West Wing stories.