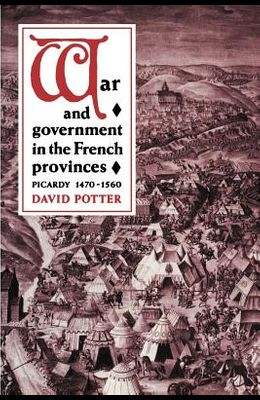 War and Government in the French Provinces

Few studies of the history of provincial France have hitherto spanned the conventional medieval/early-modern divide, and David Potter's detailed examination of war and government in Picardy, a region of France hitherto neglected by historians, has much to say about the development of French absolutism. Picardy emerged as a province after the campaigns of 1470-1477, and its experience of the first period of absolutism provides an enlightening contrast with that of other, more outlying provinces: the Picard nobility was notable for the extent of its participation in the army, the court and the government of France. David Potter provides a detailed analysis of the organisation of French military power in the province, and its impact during the period of the Habsburg-Valois wars. The work concludes with Picardy about to enter a difficult period of civil war.