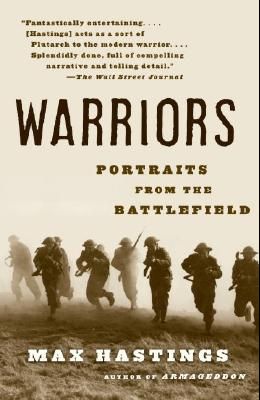 Warriors: Portraits from the Battlefield

Heroism in battle has been celebrated throughout history, yet it is one of the least understood virtues. What makes some men and women perform extraordinary deeds on the battlefield? What makes them risk their lives in the pursuit of victory?Max Hastings, one of our foremost military historians, has seen combat up close and written about it for decades. In Warriors , he brings us the experiences of fourteen soldiers who fought in the wars of the nineteenth and twentieth centuries. From an exuberant cavalry officer in Napoleon's army to an abused orphan who in World War II became America's youngest general since Custer, to an Israeli officer who recovered from a devastating injury to save his country, each portrait depicts a unique and remarkable story. A tribute to soldierly valor and a deeply insightful study of combat, this is an essential book for anyone who wishes to understand what it means to be at war.