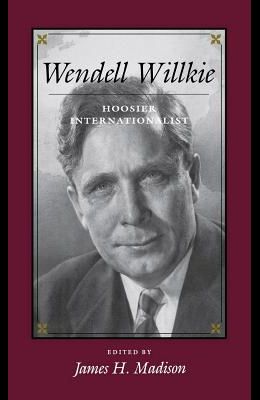 The 12 assessments of Wendell Willkie in this book are exceptionally well done. They are interesting reading about a most interesting man. --The Coffeyville (KS) Journal . . . a remarkable and useful compilation of essays . . . --Indiana Magazine of History Indiana's Wendell Willkie burst upon the national political scene in 1940 when, apparently out of nowhere, he won the Republican nomination for the presidency and ran against Franklin Roosevelt. After his defeat, he traveled widely and returned to write One World, which had a tremendous impact on the then-isolationist United States. There was about him, the New York Times editorialized, a warm and winning sincerity . . . a natural straightforwardness which left untouched no one who knew him. These essays by a distinguished group of historians recognize one of the state's most famous native sons and reassess his impact on history one hundred years after his birth.

List of All Editions of Wendell Willkie: Hoosier Internationalist