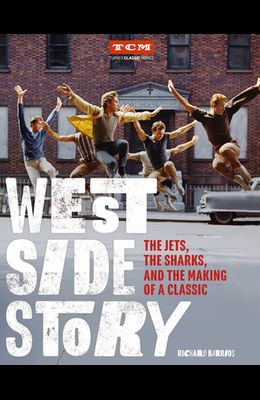 West Side Story: The Jets, the Sharks, and the Making of a Classic

A captivating, richly illustrated full account of the making of the ground-breaking movie classic West Side Story (1961). A major hit on Broadway, on film West Side Story became immortal-a movie different from anything that had come before, but this cinematic victory came at a price. In this engrossing volume, film historian Richard Barrios recounts how the drama and rivalries seen onscreen played out to equal intensity behind-the-scenes, while still achieving extraordinary artistic feats. The making and impact of West Side Story has so far been recounted only in vestiges. In the pages of this book, the backstage tale comes to life along with insight on what has made the film a favorite across six decades: its brilliant use of dance as staged by erstwhile co-director Jerome Robbins; a meaningful story, as set to Leonard Bernstein and Stephen Sondheim's soundtrack; the performances of a youthful ensemble cast featuring Natalie Wood, Rita Moreno, George Chakiris, and more; a film with Shakespearean roots ( Romeo and Juliet ) that is simultaneously timeless and current. West Side Story was a triumph that appeared to be very much of its time; over the years it has shown itself to be eternal.

Books similiar to West Side Story: The Jets, the Sharks, and the Making of a Classic

List of All Editions of West Side Story: The Jets, the Sharks, and the Making of a Classic