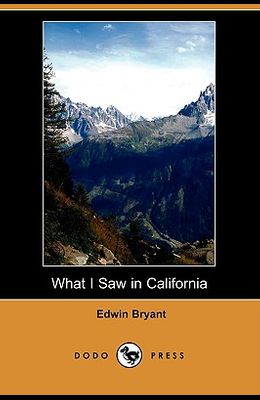 What I Saw in California (Dodo Press)

Edwin Bryant (1805-1869) was an American journalist from Kentucky. He worked on several papers in Kentucky, including editing one and establishing his own; the Louisville Morning Courier. In 1846 he led a wagon train which travelled overland from Missouri to California on the west coast. In 1848 he published an account of his experiences called What I Saw in California, which went through several printings and became well known across the country. He settled in California, serving as Alcade of San Francisco and becoming involved in politics.

Books similiar to What I Saw in California (Dodo Press)