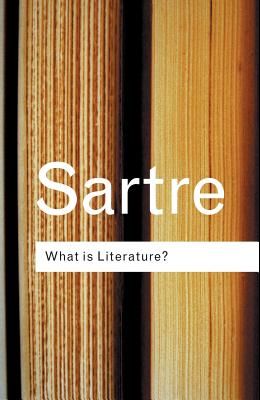 Jean-Paul Sartre was one of the most important philosophical and political thinkers of the twentieth century. His writings had a potency that was irresistible to the intellectual scene that swept post-war Europe, and have left a vital inheritance to contemporary thought. The central tenet of the Existentialist movement which he helped to found, whereby God is replaced by an ethical self, proved hugely attractive to a generation that had seen the horrors of Nazism, and provoked a revolution in post-war thought and literature. In What is Literature? Sartre the novelist and Sartre the philosopher combine to address the phenomenon of literature, exploring why we read, and why we write.