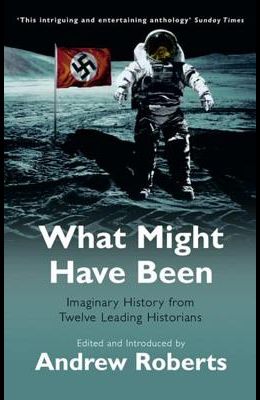 A dozen star historians on what might have happened at history's turning points if the dice had fallen differently. Throughout history, great and terrible events have often hinged upon luck. Andrew Roberts has asked a team of twelve leading historians and biographers what might have happened if major world events had gone differently?Each concentrating in the area in which they are a leading authority, historians as distinguished as Antonia Fraser (Gunpowder Plot), Norman Stone (Sarajevo 1914) and Anne Somerset (the Spanish Armada) consider: What if? Robert Cowley demonstrates how nearly Britain won the American war of independence. In her first publication since her acclaimed GEORGIANA, Amanda Foreman muses on Lincoln's Northern States of America and Lord Palmerston's Great Britain going to war, as they so nearly did in 1861. Whether it's Stalin fleeing Moscow in 1941 (Simon Sebag Montefiore), or Napoleon not being forced to retreat from it in 1812 (Adam Zamoyski), the events covered here are important, world-changing ones.