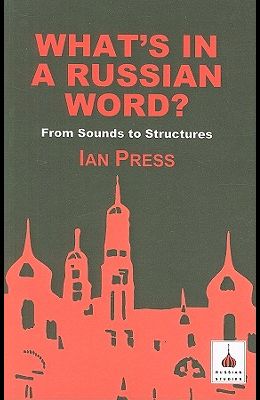 What's in a Russian Word?: From Sounds to Structures

What's in a Russian Word works its way from a presentation of the sound structure of Russian, through an examination of the spelling system, the interface between sounds and forms, and the issue of the Church Slavonic and East Slavonic components of the Russian language, to an exploration of over sixty word families. The book should help one to make connections both between Russian words and those in numerous other European languages and between extensive groups of Russian words themselves, greatly facilitating learners at various stages in their acquisition of vocabulary and their ability to get the gist of texts without the constant and frustrating need to consult dictionaries, skill in the use of which none the less remains crucial.