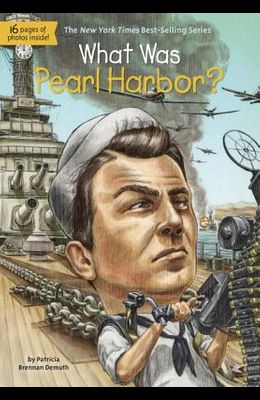 What Was Pearl Harbor?

Part of the What was... Series
by
Patricia Brennan Demuth and Who Hq and John Mantha
$3.88
Select Format

On December 7, 1941, Japanese war planes appeared out of nowhere to bomb the American base at Pearl Harbor in Hawaii. Four battleships sunk, more than 2,000 servicemen died, and the United States was propelled into World War II. In a compelling, easy-to-read narrative, children will learn all about a pivotal moment in American history. Illustrations.

What was... Series In Order - By Patricia Brennan Demuth

Books similiar to What Was Pearl Harbor?

List of All Editions of What Was Pearl Harbor?