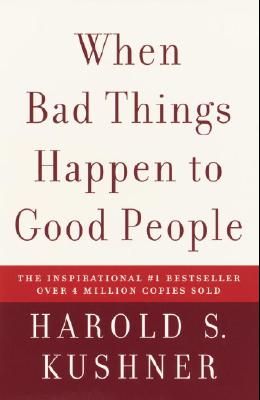 In the Preface to this 20th anniversary edition of his bestselling book, Rabbi Kushner relates the heartwarming responses he has received over the last two decades from people who have found inspiration and comfort within the pages of this classic book.

From the front Cover When Harold Kushner's three-year-old son was diagnosed with a degenerative disease and that he would only live until his early teens, he was faced with one of life's most difficult questions: Why, God? Years later, Rabbi Kushner wrote this straightforward, elegant contemplation of the doubts and fears that arise when tragedy strikes. Kushner shares his wisdom as a rabbi, a parent, a reader, and a human being. Often imitated but never superseded, When Bad Things Happen to Good People is a classic that offers clear thinking and consolation in times of sorrow. Since its original publication in 1981, When Bad Things Happen to Good People has brought solace and hope to millions of readers and its author has become a nationally known spiritual leader.