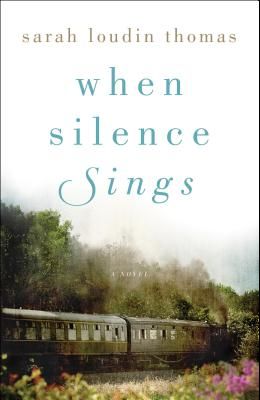 Colman Harpe works for the C&O in the Appalachian rail town of Thurmond, West Virginia, but he'd rather be a preacher and lead his own congregation. When a member of the rival McLean clan guns down his cousin and the clan matriarch, Serepta McLean, taunts the Harpes by coming to a tent revival in their territory, Colman chooses peace over seeking revenge with the rest of his family. Colman, known for an unnaturally keen sense of hearing, is shocked when he hears God tell him to preach to the McLeans. A failed attempt to run away leaves Colman sick and suffering in the last place he wanted to be--McLean territory. Nursed by herbalist Ivy Gordon--a woman whose birthmark has made her an outcast--he's hindered in his calling by Serepta's iron grip on the region and his uncle's desire to break that grip. But appearances can be deceiving, and he soon learns that the face of evil doesn't look like he expected.

From the Back Cover As a Long-Standing Feud Threatens to Spark Once More, the Fates of Two Families Rest on the Most Unexpected of Shoulders For years, Serepta McClean has towered over the coal-filled hills of West Virginia, taking more than her share of legal and illegal trade alike. She's intent on securing the future of the McClean name, despite two unreliable sons and a long-standing feud with the Harpe clan that's exploded once again into violence. While many fear her, and many more despise her, few dare to stand against her. Especially not someone like Colman Harpe--a railroad man with dreams of being a preacher. And yet it's a reluctant Colman, Serepta's sworn enemy, who finds himself in this powerful woman's territory, supposedly sent there by God himself to share stories of love and hope. With the feud growing ever more dangerous, putting the entire region at risk, these two impossibly different people find themselves on a collision course. And the very lives of everyone close to them will be changed forever. Thomas brings to life a rugged yet faith-based Appalachian drama perilously situated in the crosshairs of feuding families. Set in 1930 West Virginia, this standalone novel draws on themes of mercy, understanding, and loving your neighbor amidst the dangers of lawless vengeance and moonshine runs. Readers will sympathize with Colman's reluctance to trust the unknown as the families race to a doublecross conclusion.-- Booklist Struggles, drama, and local flavor abound in this novel by Thomas. . . .Fans of historical Southern fiction will be drawn to this title, as will readers of Lisa Wingate and Karen Witemeyer. --Library Journal