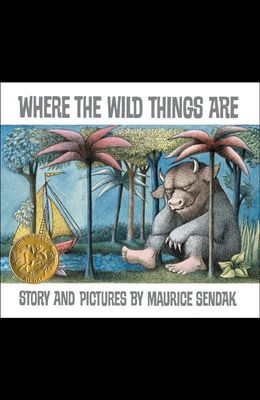 Where the Wild Things Are

This special commemorative edition celebrates 40 years of Sendak's classic tale of the imaginative journey taken by a boy named Max to where the wild things are. Illustrations.

From the Back Cover Fiftieth Anniversary Edition Where the Wild Things Are Winner of the 1964 Caldecott Medal for the Most Distinguished Picture Book of the Year The original pictures have never before been as faithfully reproduced as they are in this new edition. Maurice Sendak enthusiastically approved this remastered rendition of his art. In addition to Where the Wild Things Are , Maurice Sendak's books include Kenny's Window, Very Far Away, The Sign on Rosie's Door, Nutshell Library (consisting of Chicken Soup with Rice, Alligators All Around, One Was Johnny, and Pierre ), Higglety Pigglety Pop! or There Must Be More to Life, In the Night Kitchen, Outside Over There, We Are All in the Dumps with Jack and Guy, and Bumble-Ardy. He received the 1964 Caldecott Medal for Where the Wild Things Are ; the 1970 Hans Christian Andersen Award for Illustration; the 1983 Laura Ingalls Wilder Award, given by the American Library Association in recognition of his entire body of work; and a 1996 National Medal of Arts in recognition of his contribution to the arts in America. In 2003, he received the fi rst Astrid Lindgren Memorial Award, an international prize for children's literature established by the Swedish government.

Books similiar to Where the Wild Things Are

List of All Editions of Where the Wild Things Are