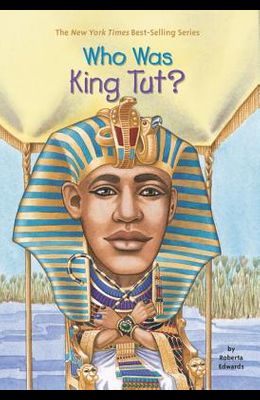 Who Was King Tut?

Part of the Who Was/Is...? Series
by
Roberta Edwards and Who Hq and True Kelley
$3.88
Select Format

Ever since Howard Carter uncovered King Tutankhamun's tomb in 1922, the young pharaoh has become a symbol of the wealth and mystery of ancient Egypt. Now, a two-and-a-half-year-long museum exhibit of Tut's treasures is touring major cities in the U.S., drawing record crowds. This Who Was . . . ? is complete with 100 black-andwhite illustrations and explains the life and times of this ancient Egyptian ruler, covering the story of the tomb's discovery, as well as myths and so-called mummy curses.

Who Was/Is...? Series In Order - By Roberta Edwards

Books similiar to Who Was King Tut?

List of All Editions of Who Was King Tut?