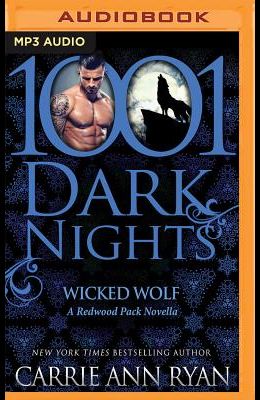 Book #0.5 in the Talon Pack Series
by
Carrie Ann Ryan and Gregory Salinas

1001 Dark Nights is a collection of breathtakingly sexy and magically romantic novellas inspired by the exotic tales of The Arabian Nights . In the original, Scheherazade desperately attempts to entertain her husband, the King of Persia, with nightly stories so that he will postpone her execution. In our versions, each of our fabulous authors puts a unique spin on the premise and creates a tale that a new Scheherazade tells long into the dark, dark night. The war between the Redwood Pack and the Centrals is one of wolf legend. Gina Eaton lost both of her parents when a member of their Pack betrayed them. Adopted by the Alpha of the Pack as a child, Gina grew up within the royal family to become an enforcer and protector of her den. She's always known fate can be a tricky and deceitful entity, but when she finds the one man who could be her mate, she might throw caution to the wind and follow the path set out for her rather than forging one of her own. Quinn Weston's mate walked out on him five years ago, severing their bond in the most brutal fashion. She left not only him a shattered shadow of himself but their newborn son as well. Now, as the lieutenant of the Talon Pack's Alpha, he puts his whole being into two things: the safety of his Pack and his son. When the two Alphas put Gina and Quinn together to find a way to ensure their treaties remain strong, fate has a plan of its own. Neither knows what will come of the Pack's alliance, let alone one between the two of them. The past paved their paths in blood and heartache, but it will take the strength of a promise and iron will to find their future.