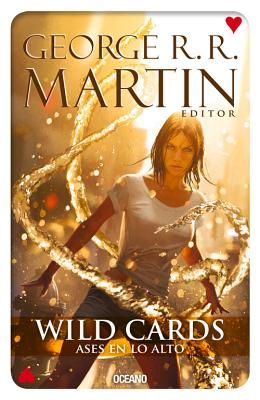 Book #2 in the Wild Cards Series
by
George R Martin

On September 15, 1946, in the wake of World War II, an alien virus falls on Manhattan. This virus becomes known as Wild Card, and a handful of survivors find they possess superhuman powers. They are known as Aces. Aces High is the upscale restaurant at the top of the Empire State Building that caters to Aces in the early 1980s. The Wild Card virus continues to exert its effects on the Earth, regularly producing malformed Jokers and occasionally creating a new Ace. This installment follows the heroes and villains throughout the tumultuous 1980s, with stories from science fiction and fantasy writers including Pat Cadigan, Lewis Shiner, Walter Jon Williams, and Roger Zelazny.