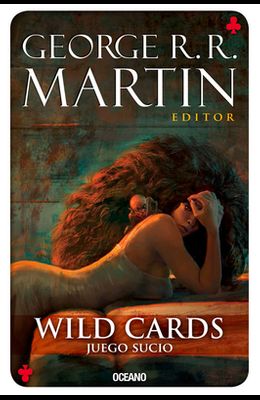 Book #5 in the Wild Cards Series
by
George R Martin

The fifth volume of the Wild Cards saga continues to explore the alternate universe as historical facts take unexpected turns. Most of the actions in this novel, a combination of multiple independent stories, take place in New York City in 1986. The streets swarm with fire: a war has broken out between the Shadow Cuffs and the Mafia, two dreaded rival gangs. The violence is out of control and eventually forces even the Aces and Jokers to hide underground and wage their own war against the powers of hell. Contributors to this book include Arthur Byron Cover, Melinda M. Snodgrass, Roger Zelazny, and others.