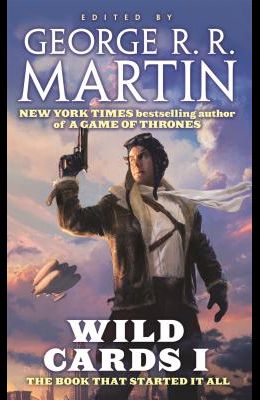 The first volume of George R. R. Martin's WILD CARDS shared-world series, back in print after a decade--and expanded with new, original material. There is a secret history of the world--a history in which an alien virus struck the Earth in the aftermath of World War II, endowing a handful of survivors with extraordinary powers. Some were called Aces--those with superhuman mental and physical abilities. Others were termed Jokers--cursed with bizarre mental or physical disabilities. Some turned their talents to the service of humanity. Others used their powers for evil. Wild Cards is their story. Originally published in 1987, Wild Cards I includes powerful tales by Roger Zelazny, Walter Jon Williams, Howard Waldrop, Lewis Shiner, and George R. R. Martin himself. And this new, expanded edition contains further original tales set at the beginning of the Wild Cards universe, by eminent new writers like Hugo-winner David Levine, noted screenwriter and novelist Michael Cassutt, and New York Times bestseller Carrie Vaughn. Now in development for TV Rights to develop Wild Cards for TV have been acquired by Universal Cable Productions, the team that brought you The Magicians and Mr. Robot , with the co-editor of Wild Cards , Melinda Snodgrass as executive producer.