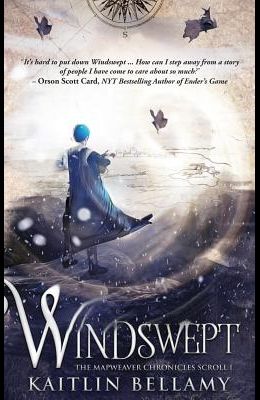 Somewhere to the north, something terrible was happening. In the same way that he could smell the snow, and the same way he knew when the caravan would arrive, he could feel something in the air. A fire, in some town a day or so away. And there was a hint of fear in the air, the wild panic of a trapped animal before the slaughter. The wind has always spoken to Fox, but it was just instinct, wasn't it? Not a god's Blessing ... not magic. But his powers are growing, and soon, he cannot ignore it anymore: he has a gift. And he is the only one. Why the gods chose to make his homeland magically barren generations ago, he doesn't know. Why he's been chosen now is an even greater mystery. Now, he must learn to control his mysterious Blessing, before it controls him. Or worse.