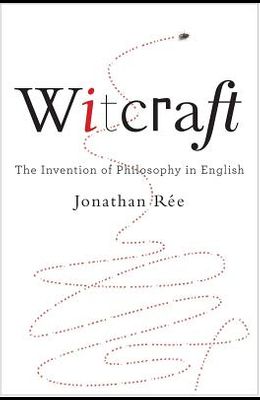 Witcraft: The Invention of Philosophy in English

Ludwig Wittgenstein once wrote that philosophy should be written like poetry. But philosophy has often been presented more prosaically as a long trudge through canonical authors and great works. But what, Jonathan R e asks, if we instead saw the history of philosophy as a haphazard series of unmapped forest paths, a mass of individual stories showing endurance, inventiveness, bewilderment, anxiety, impatience, and good humor? Here, Jonathan R e brilliantly retells this history, covering such figures as Descartes, Locke, Kant, Hegel, Marx, Nietzsche, Mill, James, Frege, Wittgenstein, and Sartre. But he also includes authors not usually associated with philosophy, such as William Hazlitt, George Eliot, Darwin, and W.H. Auden. Above all, he uncovers dozens of unremembered figures--puritans, revolutionaries, pantheists, feminists, nihilists, socialists, and scientists--who were passionate and active readers of philosophy, and often authors themselves. Breaking away from high-altitude narratives, he shows how philosophy finds its way into ordinary lives, enriching and transforming them in unexpected ways.