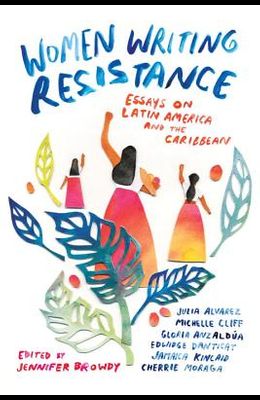 Women Writing Resistance: Essays on Latin America and the Caribbean

by
and Jennifer Browdy and Veronica Chambers

Essays on Latinx and Caribbean identity and on globalization by renowned women writers, including Julia Alvarez, Edwidge Danticat, and Jamaica Kincaid Women Writing Resistance: Essays on Latin America and the Caribbean gathers the voices of sixteen acclaimed writer-activists for a one-of-a-kind collection. Through poetry and essays, writers from the Anglophone, Hispanic, and Francophone Caribbean, including Puertorrique as and Cubanas, grapple with their hybrid American political identities. Gloria Anzald a , the founder of Chicana queer theory; Rigoberta Mench , the first Indigenous person to win a Nobel Peace Prize; and Michelle Cliff , a searing and poignant chronicler of colonialism and racism, among many others, highlight how women can collaborate across class, race, and nationality to lead a new wave of resistance against neoliberalism, patriarchy, state terrorism, and white supremacy.