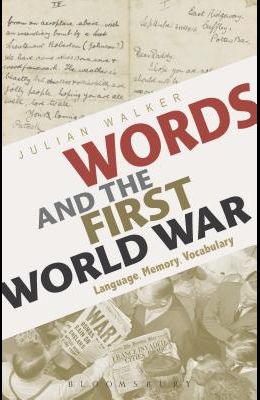 The experiences could be understood only as being of such extremity that they stood beyond written words; it was not a failure of language, but a view that, for the individual, language, particularly written words, and the enormity of the experience were not matched. First World War expert Julian Walker looks at how the conflict shaped English and its relationship with other languages. He considers language in relation to mediation and authenticity, as well as the limitations and potential of different kinds of verbal communication. Walker also examines: - How language changed, and why changed language was used in communications - Language used at the Front and how the 'language of the war' was commercially exploited on the Home Front - The relationship between language, soldiers and class - The idea of the 'indescribability' of the war and the linguistic codes used to convey the experience 'Languages of the front' became linguistic souvenirs of the war, abandoned by soldiers but taken up by academics, memoir writers and commentators, leaving an indelible mark on the words we use even today.