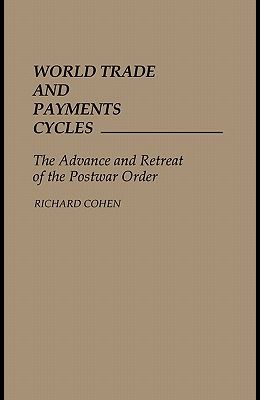 World Trade and Payments Cycles: The Advance and Retreat of the Postwar Order

This landmark study of economic history since World War II systematically explores why postwar trade and payments have evolved as they have, the prospects for their future evolution, and the range of policy adjustments likely to be required. Through a rigorous examination and analysis of historical records, the author makes two significant and unique contributions to the scholarship on the subject. First, he reveals the existence of distinct cycles in world trade and payments, beginning in 1959. While scholars have recognized postwar business cycles, none have identified--until now--trade and payments cycles which seem to run parallel. Second, Cohen utilizes newly researched data to explore the much-heralded J-curve and its relevance in relating exchange rates to trade balances, and he identifies several important factors which have slowed the maturation of the J-curve effect on U.S. balances. The study is divided into four parts and begins by looking at the forces that have shaped the postwar trade and payments order. Cohen then turns to an investigation of the period of advance in the trade and payments order from 1945-1967, describing three distinct stages that reflect the emergence, the establishment, and the peak of this period. Section three begins with an analysis of the structure and causes of the four postwar trade and payments cycles and includes an examination of the differences among them. Subsequent chapters address the different cycles themselves, reviewing the history of each and evaluating the growing challenges to the postwar trade and payments order. In the concluding section, Cohen explores why the J-curve in the U.S. has been so weak during the current cycle and assesses the likely consequences of the failure of existing policies to reduce external imbalances. Finally, the author offers a set of recommendations to reduce such imbalances through a new Cycle of Adjustment. Students of economic history, policy makers, and investors will find in Cohen's work significant new insights into economic processes and the probable future economic terrain.