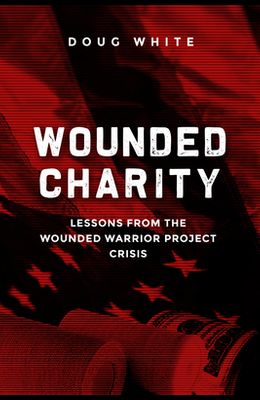 Wounded Charity offers valuable insights into how charities respond to crises based on information no one else has ever covered: documentation from the charity during and after the crisis, as well as candid discussions and interviews with some former members of the charity's board, executive staff, beneficiaries, and even those who generated or published damaging information. On its primary, story-telling level, Wounded Charity investigates the effort to marginalize one of America's most vital charities. Its broader level is about what it means for all charities. Wounded Warrior Project is large, important, and effective, and it serves wounded veterans in ways that other charities cannot and that the government does not, and probably never will. This cautionary, provocative narrative describes how WWP came to be so heavily criticized, why much of the criticism was unfounded, why those ultimately in charge of the charity - the board members - failed to do their job, and how individuals and the media need to revise their thinking about what works and what doesn't work in a sector of our society whose tangible accomplishments, despite steadily increasing philanthropic support, largely remain a mystery. It is also a story of leadership, and the discordancy of punishing, as opposed to rewarding, good ideas and effective management.