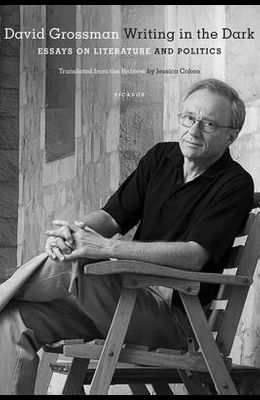 Writing in the Dark: Essays on Literature and Politics

by
David Grossman and Jessica Cohen

Throughout his career, David Grossman has been a voice for peace and reconciliation between Israel and its Arab citizens and neighbors. In these six essays on politics and culture in Israel, he addresses the conscience of a country that has lost faith in its leaders and its ideals. This collection, Writing in the Dark , includes an already famous speech concerning the disastrous Second Lebanon War of 2006, the war that took the life of Grossman's twenty-one-year-old son, Uri. Moving, human, clear-sighted, and courageous, touching on literature and artistic creation as well as politics and philosophy, these writings are a cri de coeur from a writer who has been, for nearly two decades, one of the most original and talented not only in his own country, but anywhere ( The New York Times Book Review ).