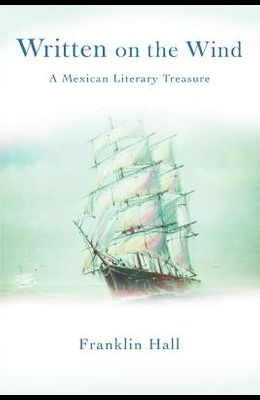 Written on the Wind: A Mexican Literary Treasure

Empress Carlota traveled to London to obtain help for her beleaguered husband, Emperor Maximilian of Mexico. Accompanying the empress was a young emissary who assisted her in the negotiations. When their efforts dragged on, she suggested the young man tour the glamorous capitals of Europe while she continued to pursue her negotiations. For weeks he traveled across the continent, longing for his beloved Adela, whom he had left in Mexico, to be with him to share the delights of his journey. On his return to London, he was released by his Empress and told to sail back to their homeland. On November 4, 1866 the young emissary boarded the English ship Tasmanian, the image of Adela set in his mind. Spending hours writing to her of his love and devotion, and his European adventures, the young emissary was tormented by a single question: Would his beloved Adela be swept up in the conflagration of a revolution that threatened Mexico?