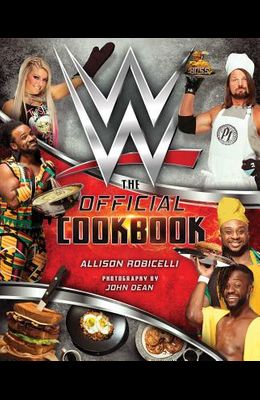 by
Allison Robicelli and John Dean

Take your talents from the ring to the kitchen with WWE: The Official Cookbook , a collection of recipes and dishes inspired by your favorite WWE Superstars. Can you smell what the WWE Universe is cooking? WWE: The Official Cookbook gives fans a guide to creating a variety of fun dishes and drinks inspired by the WWE Universe of both the past and present. In addition to the showcase of unique WWE-inspired recipes, this book will include a collection of food pairings along with everything needed to a build your own creative Superstar dishes. Indulge yourself with Roman Reigns' spiked Superman Fruit Punch, The Rock's Brahma Bull Ribs, Macho Man's Savage Cheese and Nachos, and even take a trip to Brock Lesnar's Soup-Plex city. Featuring over 75 recipes and striking, full-color photographs, WWE: The Official Cookbook will feature separate categories for food and drink -- from appetizers to desserts -- creating the ultimate recipe collection for fans of the WWE.