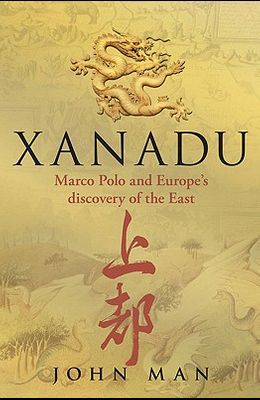 Xanadu: Marco Polo and Europe's Discovery of the East

Respected historian and travel writer John Man tells the remarkable story of the world's most famous traveler--Marco Polo--and the moment when East met West for the first time Marco Polo's late 13th-century journey from Venice, through Europe and most of Asia, to China is one of the most audacious in history. His account of his experiences, known simply as The Travels, uncovered an entirely new world of emperors and concubines, great buildings--stately pleasure domes in Coleridge's dreaming, huge armies, and imperial riches. He revealed the wonders of Xanadu, where the emperor Kublai Khan spent his summers. His book shaped the West's understanding of China for hundreds of years, inspiring Christopher Columbus, who was aiming for Kublai's China when he stumbled on America. John Man traveled in Marco Polo's footsteps to Xanadu, in search of the truth behind his stories; to separate legend from fact. He takes readers across north China to Xanadu, then to Beijing and through modern China, where Marco Polo's journey's can still be traced. Drawing on his own journey, archaeology, and archival study, John Man paints a vivid picture of the man behind the myth and the true story of the great court of Kublai Khan.