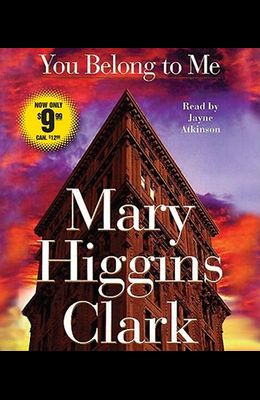 You Belong to Me

A killer who targets lonely women on cruise ships is at the center of Mary Higgins Clark's You Belong To Me , a masterful combination of breathtaking suspense and classic mystery. When Dr. Susan Chandler decides to use her daily radio talk show to explore the phenomenon of women who disappear and are later found to have become victims of killers who prey on the lonely and insecure, she has no idea that she is exposing herself and those closest to her to the very terror that she hopes to warn others against. Soon she finds herself in a race against time, for not only does the killer stalk these lonely women, but he seems intent on eliminating anyone who can possibly connect him to Susan's investigation. As she gets closer to uncovering his identity, she realizes almost too late that the hunter has become the hunted, and Susan herself is marked for murder.