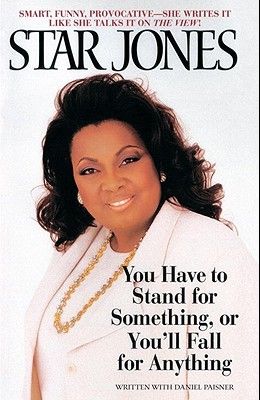 You Have to Stand for Something, or You'll Fall for Anything

Strongly held beliefs, a wicked sense of humor, and take-no-prisoners opinions--the many fans of Star Jones, former co-host of ABC's The View, have come to expect all this and more. In this remarkable book, the former New York City prosecutor shows why she became one of the most quoted and respected media personalities on television. Here she touches fearlessly on subjects both conventional and controversial, such as the importance of family and friendship, the law, racism, abortion, television, politics, and her relationship with God. And she does it all with a unique and refreshing viewpoint that will make you think twice about everything you thought you knew. Here, too, is her powerful and intensely personal story, told with warmth, humor, and sometimes painful candor. This is an empowering memoir by a remarkable woman who not only walks the walk and talks the talk but challenges you to do the same.